Countries in Japanese – A complete list of nation names

Do you love traveling? If so, you’ll be interested in our new lesson on countries in Japanese.

Learning countries in Japanese can be helpful when you’re speaking with someone from Japan. You’ll be able to talk about the different countries in the Japanese language smoothly and widen your Japanese vocabulary. 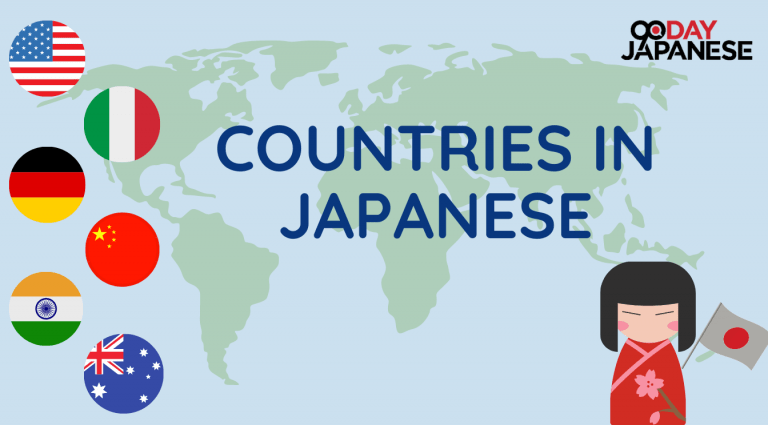 Many names for countries in Japanese sound similar to English, but at the same time, many are not. Before we start, the countries listed below are in hiragana/katakana, romaji, and kanji.

Note: The three Japanese alphabet: Hiragana is used to represent Japanese words. Katakana represents foreign or borrowed words in English. Romaji is the romanized spelling to transliterate Japanese. Kanji is a system of Japanese writing using Chinese characters. They didn’t have a writing system before, so they decided to borrow Chinese characters and called them Kanji.

You’ll hear some locals call Japan as にほん (Nihon | 日本) or にっぽん (Nippon). Both are alternative readings of written characters that mean “Origin of the Sun” or “Land of the Rising Sun.” 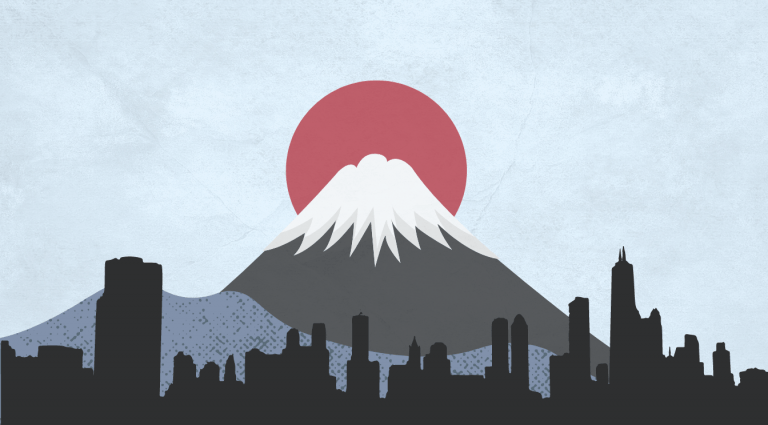 The term “foreign country” in Japanese is がいこく (gaikoku | 外国). When you hear someone say gaikoku, it relates to something foreign. Japanese just usually add another word at the end to refer to something specific. Here are words related to the word がいこく (gaikoku):

The Japanese word for “nationality” is こくせき (kokuseki | 国籍), but this isn’t usually used in regular conversation.

Typically, when you’re talking to someone about which country they’re from, you would just add じん (jin | 人) to the end of their country name. So someone from America would be an アメリカじん (amerikajin), and someone from England would be an イギリスじん (igirisujin). If you’re from Canada:

What’s your nationality? Let us know in the comment section!

The Japanese word しゅっしん (shusshin) refers to where you were born and can refer to your home country or even hometown. It’s very common for Japanese people to use this when talking about where they’re from. If you’re from England or Great Britain:

As we mentioned above, when you refer to a foreigner in Japanese, simply add じん (jin) at the end of がいこく (gaikoku | 外国). It’s common for locals to ask foreigners about this, especially when they’re curious. For example:

The word “language” is げんご (gengo | 言語) in Japanese. If you’re talking about a language that belongs to a country, you simply add ご (go | 語 ) to the end of the country name. For example, Japanese is にほんご (nihongo | 日本語), English is えいご (eigo), and French would be フランスご (furansugo). 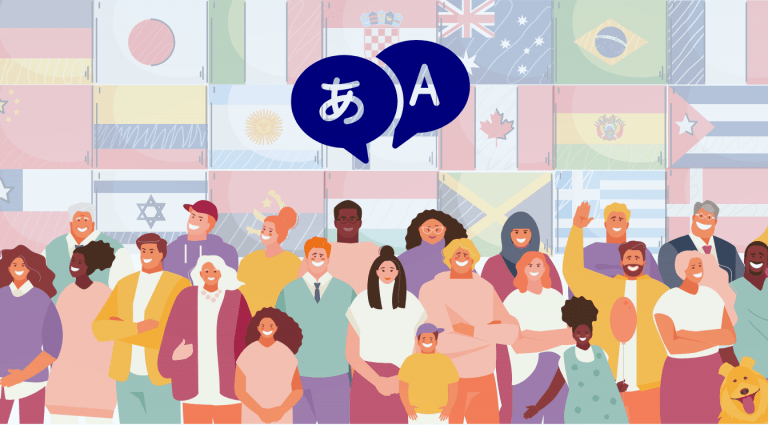 Here are some other examples of other languages:

Aside from these, there are a few countries that have these dual katakana/kanji names, but the kanji are rarely spoken to, to the point where they’re a little obscure.

You’ll often see their kanji names in newspapers or magazines where page space might be limited. While most sound very similar to their English counterpart, some are notably different. These are the countries:

One good thing about learning country names in Japanese is that most are usually written in katakana. Here’s a trick: if it’s written in katakana, try to read it out loud, and you’ll often be able to recognize it as close to the English equivalent.

Below, we’ve included a list of other country names and their Japanese name equivalent.

Extra things to know about countries in Japanese

Below is additional vocabulary related to “countries” in Japanese.

The word “world” in Japanese is せかい (sekai | 世界). The word せかい (sekai) originally came from Buddhism. Today, it just refers to the world we live in. If you want to greet your group of friends in a fun way, you can say:

Meaning: Hello, people of the world!

The word for “continent” in Japanese is (tairiku | 大陸). Also, you may not need them as often, but it’s good to know the names of continents in Japanese. Plus, you can add these to your Japanese vocabulary. These are:

While these are not an actual continent but more of a geographical region, “Oceania” in Japanese is called oseania (オセアニア), while the Arctic circle or North pole is called hokkyoku (北極).

Why is America called beikoku?

The Japanese name for the U.S.A is べ い こく(beikoku | 米国), but it’s also commonly called アメリカ (amerika). Interestingly, the literal translation of the kanji used for beikoku is “rice country,” but the name is not actually related to rice at all. The kanji is actually a shortened version of a very old way of phonetically writing amerika.

At some point, the pronunciation of the kanji changed so that it’s now pronounced beikoku. In everyday life, though, beikoku is hardly ever used, and it is much more common to use amerika. Why do you think they gave this particular country a name that means rice? Comment down below!

The word “prefecture” in Japanese is けん (ken | 県). Japan doesn’t have states or provinces similar to other countries. Instead, they have prefectures.

Prefectures are Japan’s administrative districts. The 47 prefectures were created in the early Meiji Period to replace the old feudal kingdoms, which had been ruled by feudal lords known as daimyo. The prefecture with the highest population density is Tokyo, while Tottori has the smallest.

And that’s it for the country names in Japanese! If we missed your country, leave a comment, and we’ll gladly add it. Now that you’ve reached this part, we want to ask: where are you from? Answer using the Japanese language! We know you can do it.

If you’d like to know more Japanese words, how about learning the Japanese nouns next?