How to Say “Don’t Worry” in Japanese – Expressions and examples

In this article, we’ll teach you how to say “don’t worry” in Japanese.

The phrases you’ll learn are highly situation-based, so instead of worrying too much about what the words “mean,” try to remember when they are used so you’ll know which one to employ in a particular situation. 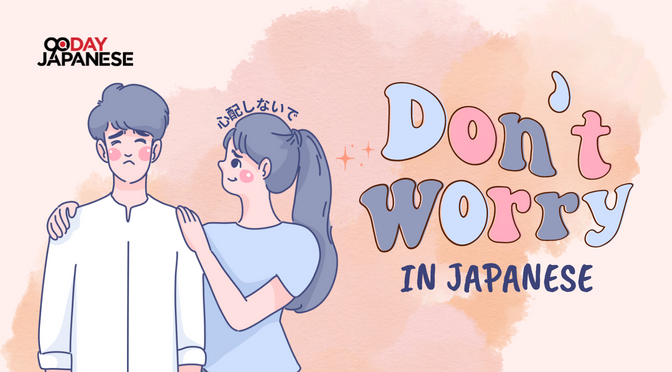 There are several ways to say “don’t worry” in Japanese, as in English.

When you think about it, English has a lot of phrases that you can use to reassure someone, such as:

And there are many more than just those. The key thing to notice is that while they all essentially mean the same thing, they’re used in different situations and with varying levels of severity.

There are two ways to say the Japanese terms for “don’t worry” when the context is someone making a mistake:

Let’s see some examples of when you can use these phrases.

“Do not worry” in Japanese

“I don’t really care” in Japanese

Other terms to express to someone that you mean “don’t worry” in Japanese are きにしない (Ki ni shinai | 気にしない) and きにしません (Ki ni shimasen | 気にしません).

When someone is concerned that they might not be able to complete a job and you want them not to worry, you can use either of the two:

Let’s talk about some scenarios where saying these phrases on “don’t worry” in Japanese might be appropriate.

“You can do it” in Japanese

がんばって (Gambatte | 頑張って) is one of the most common phrases in Japan. The literal translation is essentially “do your best,” but it’s really the Japanese version of “you can do it!” This is a term of encouragement and confidence and is often heard in work situations, athletics, or just about anywhere:

Calming someone down in Japanese

While gambatte is a tossed-around phrase meant to pump someone up, あんしんして (Anshin shitte |安心して) is about calming someone down and giving them peace of mind:

How to say “don’t worry” to someone concerned about you

If someone is very much concerned about you at work or in school, but you want them not to worry, you can use these phrases:

“I’ll do my best” in Japanese

がんばる (Gambaru | 頑張る) comes from the same root word as gambatte, which means “do your best,” while gambaru  means “I’ll do my best.” It’s used all the time:

げんきです (Genki desu | 元気です) means “I’m fine,” but is generally used concerning health and feeling. It’s a way of letting someone know that, physically and emotionally, you’re doing all right: 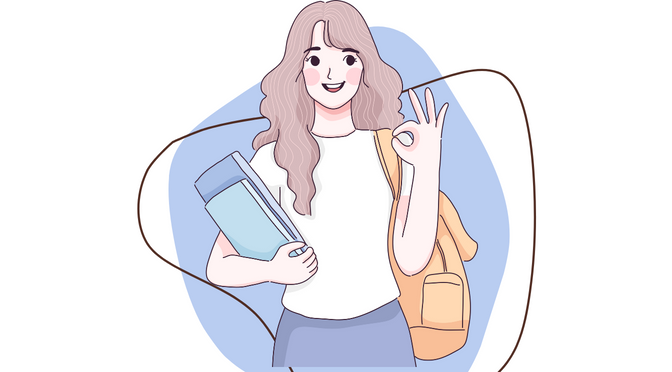 How to say “don’t worry” in casual situations

If you’re a tourist in Japan, one situation where you’ll likely want to tell someone it’s all right will be as a customer. Perhaps something spilled in a restaurant, and a server is rushing to clean it up.

In a hotel, perhaps the staff didn’t prepare your room in time, and the cleaning staff is profusely apologizing. Maybe you’re at a convenience store, and the machine that prints receipts are broken.

In these situations, it’s common for Japanese people to apologize quite often, and you’ll want to let them know it’s not a problem. Here are a few ways to informally tell them not to worry:

だいじょうぶ (Daijobu | 大丈夫) is similar to “it’s fine.” This is the simplest answer to “Are you okay?” or “Is everything okay?”

Here are some situations where you might use it:

“It’s okay” in Japanese (Used as a refusal)

けっこうです (Kekko desu | 結構です) is a little more formal and old-fashioned than daijobu. Unlike daijobu, kekko desu is always used in a negative context – meaning it is a refusal of something, not an acceptance. It is often a response to someone asking if you need something, such as:

If you’re in a situation where you don’t know whether to use daijobu or kekko desu, you can usually go with daijobu.

As a foreigner, you’re not going to offend anyone by using a flippant phrase, and the distinction is tricky. You’ll only need kekko desu in situations where daijobu would cause confusion:

The last thing to understand about saying these phrases for “don’t worry” is that they are parts of a sentence. It’s fine to say gambatte, genki desu, daijobu, or kekko desu on their own – they work as responses in and of themselves.

The others can be said on their own but are most often said in conjunction with other phrases specific to the exact situation, who you are talking to, and what you’re talking about.

It’s important to keep up with Japanese study – the more Japanese words you learn, the more confidently you’ll be able to use these phrases you already know!