How to Say “Hello” In Japanese – Common Greetings in Japan

In this lesson, we’ll teach you how to say “hello” in Japanese.

Like many languages, Japanese has multiple ways of saying “hello,” depending on the situation. Don’t worry about memorizing the written forms of all of these.

What’s important is that you familiarize yourself with them so that when someone says them to you, you’ll understand and can offer a greeting in return. 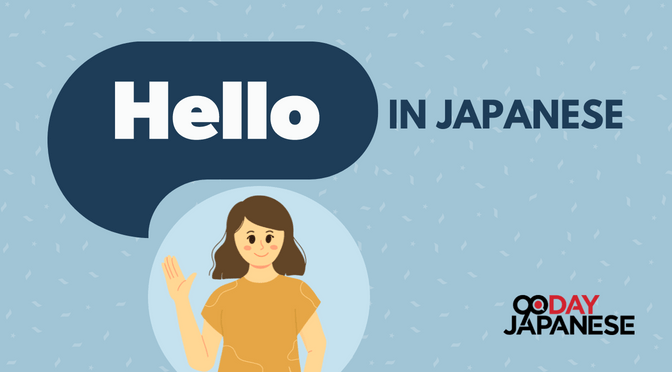 There are many ways to greet someone “hello” in Japanese. It depends on which time of the day, you’re greeting a person with “hello.” This is because there’s no exact Japanese word for “hello.”

In this guide, we’ll cover the different ways to say “hello” in Japanese.

The word greetings in Japanese is expressed as あいさつ (aisatsu). In any language like Japanese, learning the basic greetings is important. Knowing and understanding them allows you to give a good impression to those speaking the language and, in this case, the Japanese language.

Read on to learn the different Japanese greetings.

How do you say “Hello” in Japanese?

When you encounter someone in Japan and want to say hello, the most important factor is the time of day. There are three standard Japanese greetings for “hello.” They are used to greet someone at different points during the day.

Since there are a number of ways to say “hello” in Japanese depending on the time of day, the word “hello” in Hiragana is written as the following:

How do you say “Hi” in Japanese?

The English greeting “Hi” in Japanese can be expressed the same way as “hello.” However, the Japanese will normally use こんにちは (konnichiwa) to greet someone “hi.”

The word “hi” in Hiragana is written as こんにちは (konnichiwa).

What are the rules on greeting someone “hello” in Japanese?

You may be initially concerned about saying one of these at the wrong time of day, but don’t worry – the rules regarding when to say them are not strict, and Japanese people will not be offended if you use them at a strange time. When in doubt, go with konnichiwa, and you should be fine.

You can say “hello” in Japanese with the Japanese greetings, Ohayou gozaimasu, Konnichiwa, Konbanwa with people who you meet for the first time. These are also ways of saying hello to someone older than you or someone who holds a higher position or a higher social status than you.

How do I say hello to my close friends?

Note that at the end of ohayou it is common to add gozaimasu. This phrase doesn’t have a direct meaning but is a Japanese “politeness expression” added to certain words and phrases. You likely won’t ever hear a person say ohayou without gozaimasu at the end of it, as the impolite version is only common among family and close friends. You’ll also see gozaimasu when you learn to say “thank you,” as the phrase arigato gozaimasu is the most common way of thanking someone.

“Nice To Meet You” In Japanese

When you meet someone for the first time, there are a couple of polite Japanese phrases you can employ:

While both of these technically means “nice to meet you,” they are used in different situations. Hajimemashite, taken literally, means “This is the first time we are meeting,” so if you are just introduced to someone, it is a polite thing to say while shaking hands.

If you’re a tourist, you can use either expression. However, in business situations, there is a great difference. When meeting an associate who is on your level in a friendly setting like a restaurant, hajimemashite is the way to go. If you’re speaking in front of a room full of colleagues, you’ll want to say yoroshiku onegaishimasu. 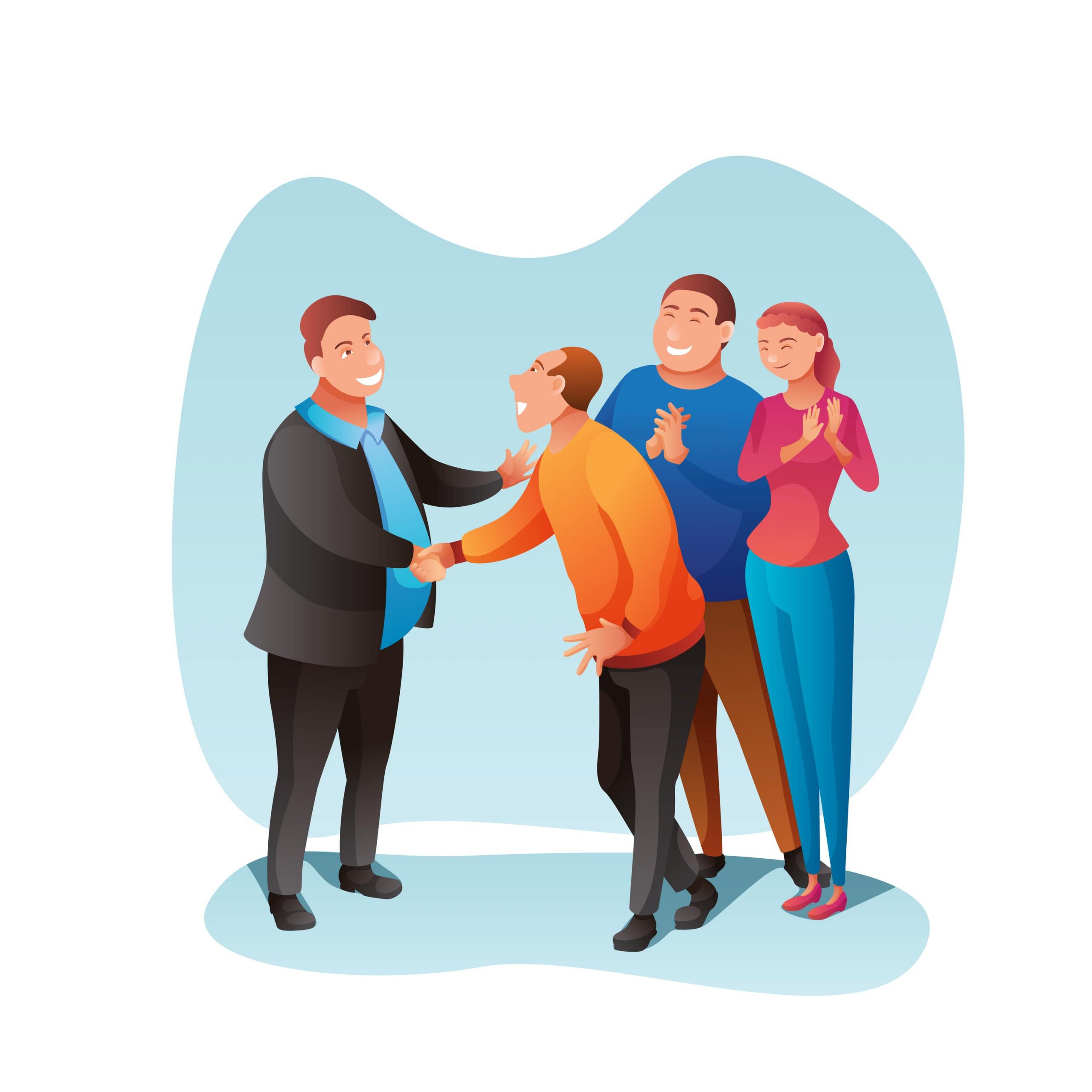 What is the formal way to say “Nice to meet you”?

There is another way to say the second phrase as well: douzo yoroshiku. Don’t be thrown if you hear this – it means essentially the same thing as yoroshiku onegaishimasu. Both douzo and onegaishimasu are politeness expressions like gozaimasu. Of the two, onegaishimasu is a little more formal, and you’ll hear this word from service employees all the time. Douzo is used as “please” or “after you” and is a polite thing to say when handing a file to someone, holding the door for them, or offering them a seat.

Because these politeness expressions are optional, there are varying degrees of formality:

Navigating the levels of Japanese politeness is tricky, and isn’t something that will be expected of you as an outsider. Despite what you may have heard, Japanese people are not easily offended and will be happy you’re trying.

How To Say “Welcome” In Japanese

As you walk into a store or restaurant, there’s a good chance someone, or several people, will shout the following at you:

This is a standard form of “welcome” said to customers. When you hear it, you don’t have to say it in return.

“Excuse Me” In Japanese

Employees may also alert you of their presence with the phrase sumimasen. This means “sorry” and is used like “excuse me.” Any time you bump into someone, get in their way or interrupt them to ask a question, it’s polite to say sumimasen.

There is another form of sorry: gomen nasai. This form is for when you actually want to apologize, and is generally used with people you know.

How do you greet someone on the phone in Japanese?

Japanese has a straightforward way of answering the phone that everyone uses. You can say “hello” on the phone in the Japanese language as もしもし.

We’ve now covered the basics of what to say in your first interaction with someone in Japan. You’ll hear these phrases spoken to you as you go about your day, and for the most part, you can take your cues of which ones to use from the other person. Below is a helpful chart with the greetings we’ve covered, along with some others you might hear that will be discussed in future lessons:

Remember: the best way to learn is to dive right in, so feel free to try out any of these phrases and see how it goes. The worst that can happen is you’ll slip up, make everyone laugh, and learn how to say it correctly!

If you enjoyed this lesson and feel you’re ready to move on, we suggest learning how to say “How are you” and “thank you” in Japanese.

Now get out there and say hello!