Japanese Culture — Some facts you may not be familiar with

Somewhat Japanese Culture is often considered to have unique customs. Bowing to each other and shaking hands is probably one of the well-known customs in Japan. Is Japan truly a nation with distinctive features? Let’s take a good look and find out! 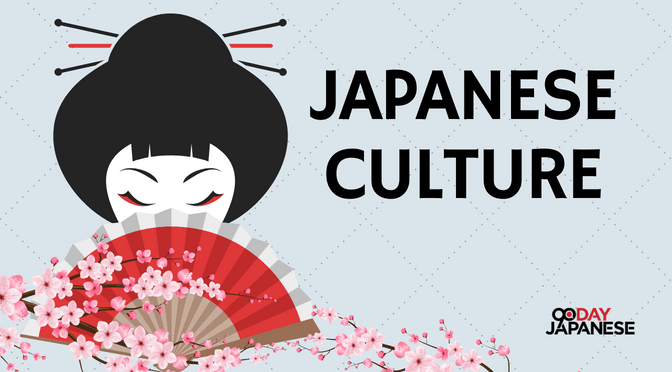 If you’re from one of the countries far from Asia, you may have various questions about Japanese culture and customs. The modern Japanese culture is a complex of the continental Asian culture and is heavily influenced by the Western world. We’re introducing a brief history of Japan also known as the “Land of the rising sun” and keywords here.

A Brief History of Japanese Culture

Like many other countries, Japan has a long history as a country. Ancient Japanese people started settling down in Japan about 35,000 years ago, and Japan has developed its own culture and language over time. Here are some of the well-known Japanese eras in the past centuries.

Buddism (仏教 | ぶっきょう) and Shinto (神道 | しんとう) are the two major Japanese religions, but most Japanese people claim themselves as atheists or non-religionists. Even though people don’t have strong beliefs, people still participate in traditional religious events and rituals.

Japanese culture is considered a little unique. Presumably, the reason behind this is the unfamiliar concepts to many people. The Japanese cultural concepts below distinguish the country, and you can even see them in modern Japanese society.

The philosophy of Zen Buddism is about finding the truth of your existence in life. It’s not like many Japanese people meditate and pray every day, but the Zen mindset is in their hearts. It appears in their appreciation of nature, for instance.

Isshou-Kenmei means doing things with utmost effort. It has roots in the 武士 | 侍 (ぶし、さむらい | bushi, samurai) culture during the Kamakura period. The similar phrase Ganbaru (頑張る | がんばる) stands for doing one’s best and derives from the Edo period. The idea stretches everywhere like education, work, and sports.

Wabi-Sabi is the traditional aesthetics regarding the acceptance of transience and imperfection. It was widely spread through the tea culture around the 12 to 16 centuries. The feeling of Wabi-Sabi stimulates people’s sensitivity and imagination.

The concept represents the aesthetic of the Heian period. It’s about empathy toward things, emotions inspired by nature, and impermanent melancholy.

Omotenashi implies providing hospitality with respect while not asking for compensation. It originates in the Japanese tea ceremony (茶道 | さどう | sadou) of the Heian to the Muromachi period. If you want to experience the superior Omotenashi, staying at a traditional inn (旅館 | りょかん | ryokan) is recommended.

Mottainai is a sense of regret over something going to waste. Sometimes people mention it to express concern about taking excessive tasks or gifts, or it simply means don’t be wasteful for food and goods.

In every season in Japan, there are also different holidays celebrated. They usually celebrate them in festivals. We have listed some of the popular Japanese festivals below.

The famous time to appreciate the cherry blossoms comes around March to May nationwide. Many people go on a picnic and enjoy the view of transient beauty.

Obon festival is a Buddhist custom to commemorate one’s ancestors and family reunion in mid-August. It’s one of the major holidays in Japan.

Tori no Ichi is an annual auspicious festival held in November. It’s common among the temples and shrines associated with birds, such as Asakusa’s Ootori shrine.

On 3rd March, families wish for the growth and happiness of the girls with Hina dolls (雛人形 | ひなにんぎょう), which represents the imperial court of the Heian period.

On 5th May, families wish for the growth and happiness of the boys. Samurai dolls (武者人形 | むしゃにんぎょう) or a Samurai helmet (兜飾り | かぶとかざり) are typical decorations.

It’s the day for families to celebrate the growth of children on 15th November. Usually, it’s for 3 and 7 years old girls, and 3 and 5 years old boys.

A celebration in January for young people who turns 20 years old. People dress in Kimono (着物 | きもの) or formal clothing and attend a locally held ceremony.

Kanreki is a day to celebrate a person who turns 60 years old. Traditionally, people wear something red as a lucky charm. There are a series of year celebrations for elders from 60 to 100 in Japan.

As a foreigner, greetings (挨拶 | あいさつ | aisatsu) are one of the first cultures you encounter. Japanese people might seem a little awkward with a hug and kiss greetings, though they have a variety of verbal and non-verbal greetings.

Bowing is probably the most well-known Japanese way of greeting. The bowing gestures show your welcome, gratitude, reverence, and apology. For a friendly greeting, try Eshaku (会釈 | えしゃく) by simply nodding your head once. On the other hand, shaking hands are a common way of greeting on formal occasions.

It’s the combination of “see you later” and “I’ll get going now, and I’ll be back later”. Commonly used from home to work. If you visit someone’s home, Ojamashimashita (お邪魔しました | おじゃましました) is the correct greeting when you leave.

It means good luck, and please come back safely, but it’s very similar to the French expression Bon voyage. Itterasshai and Ittekimasu are set phrases.

Literally, Tadaima means right now. People use it when they get home to Japan.

It’s the greeting to answer the Tadaima. Simply, it means welcome back. Okaeri is a little more casual and commonly used at home.

Itadakimasu is similar to the French expression Bon appétit. It also shows gratitude and respect for everything on the table. It’s also used when someone receives something as a gift.

Together with Itadakimasu, Goshisousama is the mealtime greeting. It means thank you for the meal.

Interesting Facts about the Japanese Culture

Japan has a clear definition of public and private, appropriate and inappropriate behaviors. Visiting Japan without knowing these facts, you might feel uncomfortable sometimes. But no worries, we give you some tips below. First, here are some interesting facts about Japan.

Toyota, Nissan, and Mitsubishi are everywhere!

Japanese characteristic automotive industry is well-known in the world. People drive big-name Japanese cars, and they tend to keep them clean and shiny. It’s hard to spot bumps or scratches. In 2018, white cars occupied 47.6 percent, silver 20.6 percent, and black 15.4 percent in a popular color ranking in Japan.

Comics, animations, and video games are for everyone!

Japanese Manga (漫画 | まんが) comics, animations, and video games are not only for children. Unlike the western countries, many grownups enjoy reading Manga and watching Anime (アニメ). For instance, the Manga market was worth 613 billion Japanese Yen in 2020.

Life expectancy is very high in Japan. In 2020, an aggregate recorded 87.7 years old for women and 81.6 years old for men. Steady medical treatment levels, a universal insurance system, and eating habits are the assessed reasons.

Once you visit Japan, try to taste authentic Japan in your eyes and mouth. You probably would notice that it’s full of specialized restaurants and a variety of luxurious fruits and meat in supermarkets. Also, the fact you can get a glass of water and a hand-wipe free of charge might be a big surprise to some people. Food trip across the country is popular among Japanese as well.

The Japanese language is full of onomatopoeia. People use them frequently in daily conversations.

Likewise, sounds like “Ahh,” “Hee,” and “Huhhn” during conversations are common interjections called Aizuchi (相槌 | あいづち) in Japanese. It’s similar to “Oh, yeah,” “I see,” and “Really?” in English to show the listener’s participation.

Can’t Japanese people say no? No, we say it in our way!

In Japanese society, respecting others and thinking group-oriented are essential. Also, the fact that Japanese people are indirect communicators leads them to avoid saying concrete no in many cases.

Do you feel like going to a party this weekend?

Together with Japanese people’s plain facial expressions and fewer body gestures, sometimes it might be hard to comprehend what they actually mean to foreigners. Japanese people are just not used to encountering a different culture since foreign nationality makes up only 2.3 percent in Japan in 2020.

Even a Japanese has difficulty using polite forms correctly!

There are levels of honorific speeches in the Japanese language. Altogether it’s called Keigo (敬語 | けいご), but there are following three types and used separately depending on the talker’s point of view and situations.

However, many Japanese make mistakes using them when they write and talk. So you can take it easy when you reached the stage of learning Keigo.

Customs to Be Aware of When You’re in Japan

There are many customs in Japan, and here are some of them.

Manners to Be Careful at the Table

Sushi (寿司 | すし) or not, you might be a regular customer of some local Japanese restaurants. Haven’t you wondered what kind of table manners you should keep in mind as you dig into some Japanese food? Even for a pair of chopsticks Ohashi (お箸 | おはし), there are more than ten rules in Japan. Here, we’re introducing some etiquettes.

Discover Japanese culture on Your Own!

Learning the Japanese language is not only about knowing new words and grammar. It’s about getting a grasp of the background, people, and culture. Once you grab the contour of Japanese culture, you might recognize something similar to your country or other cultures you encountered.