For the next lesson, it’s time to tackle the other side of the alphabetic coin: Japanese Vowels. We’ve already covered the topic of Japanese consonants in one of our previous articles. Without vowels, we wouldn’t be able to form words as we know them–that holds true for most languages at least. 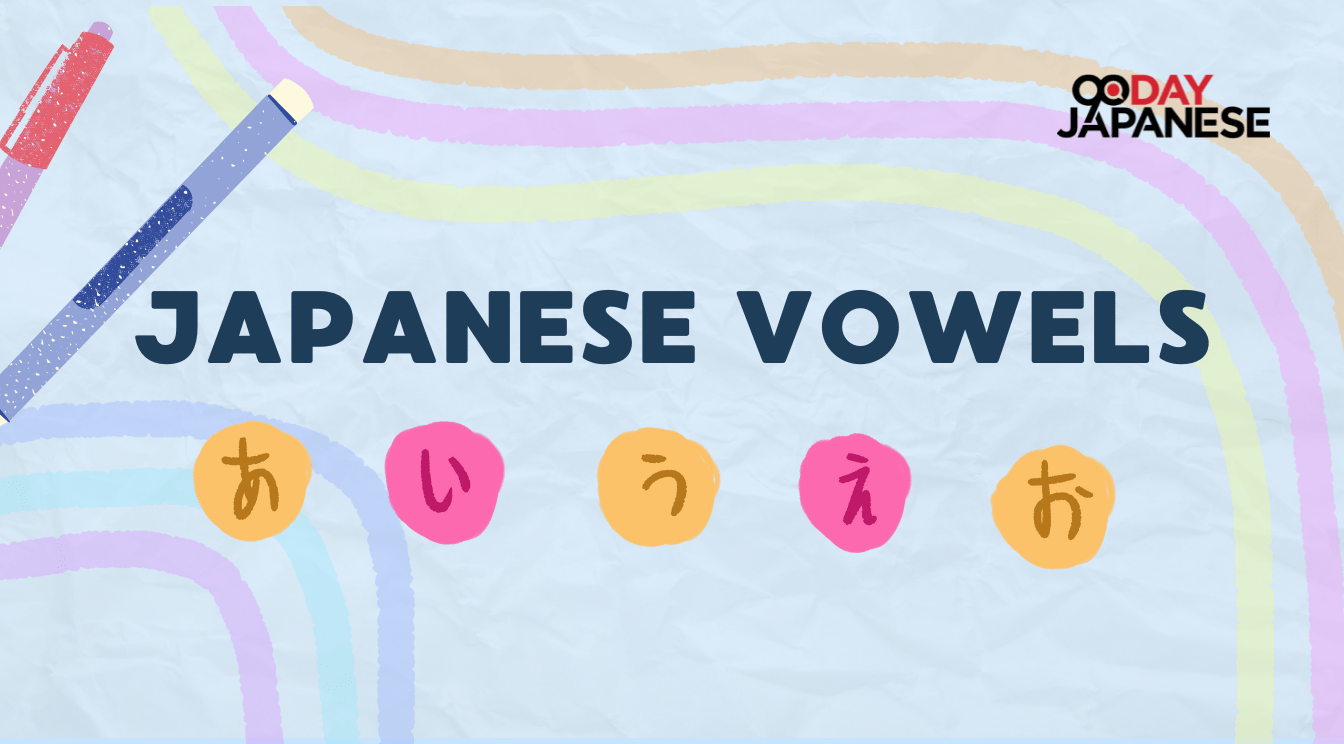 On the road to mastering Japanese pronunciation, learning the Japanese vowel sounds is a sub-boss to be defeated!

While this article doesn’t focus on the Japanese alphabet, it’s important to understand how the alphabet works before moving on to Japanese vowels. We’ll be brief just for the sake of overview:

The three writing systems in Japanese

These are ひらがな (hiragana), カタカナ (katakana), and かんじ (kanji｜漢字). When reading Japanese, you’ll see all three writing systems used in abundance. Now, kanji is just the term used for Chinese or Chinese adopted characters in the Japanese language.

The actual “alphabet” of Japan lies within the ひらがな (hiragana) and カタカナ (katakana) systems. The vowels we go over in this article will only concern those two alphabets.

ひらがな (hiragana) is the backbone of the Japanese language since it was created by Japanese people and is designed for the purpose of highlighting Japanese words. The カタカナ (katakana) system is used for foreign objects and words for the most part. For that reason, we’ll give precedent to ひらがな (hiragana) throughout the article.

Now it’s important to remember that Japanese is a syllabic language, meaning that every character/sound in the entire alphabet except one will accompany a vowel sound as well. It’s practically impossible to express consonants without a vowel sound following. That’s very unlike English, which has letter combinations like “ought” and the like.

What are the Japanese Vowels?

Of the 46 ひらがな (hiragana) characters, the first 5 of these characters are vowels, while the rest are consonants. All are pronounced in a single syllable. If you’re an English speaker learning Japanese, you already have all of the necessary vowels. However, this is somehow different from English vowels.

How to say “vowels” in Japanese

The word for “vowels” in Japanese is ぼいん (boin | 母音), which specifically refers to “short vowels.” If you’re referring to long vowels, you can use the word ちょうぼいん (chouboin | 長母音) instead. These types of vowels will be discussed further below.

The first vowel is the letter (a) sounds like “ah.” Some English examples are “father” and “water.”

The character is written with three strokes.

The character is written with two strokes.

This character is written with two strokes.

This character is written with two strokes.

The character is written with three strokes.

Technically, these five characters are considered short vowels. We discuss what the long vowels or double vowels are further along in this post.

As we mentioned, along with hiragana, katakana is one of the primary Japanese alphabets. Here are each of the vowels in katakana:

Note: Unlike hiragana, sometimes katakana vowels take the small form to help form foreign words which otherwise would be impossible to pronounce. Take, for example, the word “website,” it is written as ウェブサイト (uebusaito). Because there is no “w” in the Japanese language, a combination of the character ウ(u) and smaller character イ(i) is required to form the sound.

ちょうぼいん (chouboin | 長母音) are referred to as Japanese long vowels. These vowels are just a combination of the two vowels we learned thus far to form longer vowel sounds. It’s just one vowel followed by あ (a), い (i), う (u), え (e), お (o). There are some special (and easy-to-remember) rules for combining Japanese vowels, hence, the emphasis on their individuality.

Since long vowels are just an extension of pre-existing vowels, there can (and does) only exist five Japanese long vowels. And remember, aside from the vowels themselves, absolutely all (except one) characters in the Japanese alphabet end in one of the five vowels. Long vowels, therefore, usually look like a vowel that follows a character with the same accompanying vowel sound.

That character is the ん (n) consonant. It’s the only consonant that isn’t a syllable in the traditional sense. Out of all the Japanese consonants, it’s the only one that doesn’t end with a vowel. It can be used to end a word or to precede another consonant. In most cases, the consonant ん (n) would be pronounced “n.” You can learn more about the consonants here. 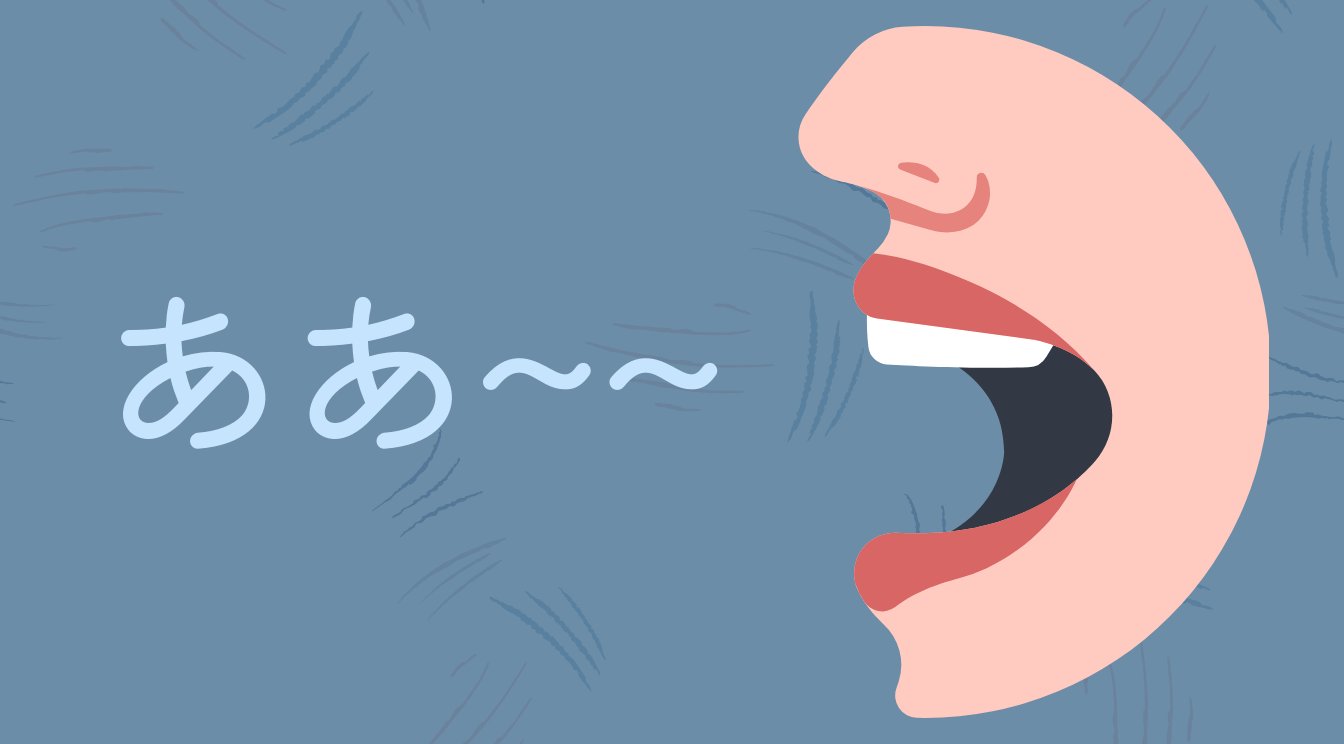 Long vowels in Japanese are constructed a bit differently in hiragana than they are in katakana. Learn more about them below!

For the character あ (a), simply add another あ after the corresponding character. This can be seen in Japanese words like おかあさん (okaasan | お母さん) and おばあさん (obaasan). Again, see how か(ka) + あ(a) = かあ(kaa), the long vowel sound is produced.

For the character い (i), also just add another い after the corresponding character. Some examples are words like いい(ii), おいしい (oishii｜美味しい), and おじいさん (ojiisan | お爺さん)

The last 2 characters are a bit more tricky but still fairly easy to grasp:

When making a long vowel with the character え (e), an い (i) is added after the corresponding vowel sound. This can be seen in words like きれい (kirei) or えいが (eiga | 映画).

A similar rule stands for the character お (o). To make a long vowel of this sound, add the character う (u) after the corresponding character. Some example words are おはよう (ohayou) and びょういん (byouin | 病院)

Note: There are a few exceptions when the characters え (e) and お (o) are used themselves to create a long vowel sound. Take for example the words おねえさん (oneesan | お姉さん) and おおい(ooi | 多い). If you ever find a word written with this pattern, double-check that it’s the correct spelling before assuming otherwise!

Fortunately for you learner, it’s super easy to write long vowels in katakana! To accomplish this, all you need to do is add a dash after the character, and you’ve created a long vowel sound.

Here’s how it looks in action, with some helpful definitions:

Also, note how the 炉マジ (romaji), or romanized versions of the words found in the parenthesis, reflect the long vowel rule. When you are typing out a single word in Japanese on an English keyboard, you should write the words out it this way. The same holds true for katakana, but you’ll usually have to manually input the「ー」 on your own.

How to Pronounce Japanese Vowels

Earlier on, we gave some English examples as tips on the Japanese pronunciation of each vowel. When it comes to learning how to speak Japanese, knowing that it is made up of phonetic syllables is really important.

To make a syllable, vowels and consonants must always be paired. Aside from this more general guidance concerning Japanese pronunciation, there are some technical tools to aid with pronunciation.

At the physical level, different parts of the mouth, nose, and throat are used to make different sounds. The vowels of other languages are formed when the air coming out from the lungs is not blocked by anything. So from the lungs until the sound is spoken, there are no obstructions. 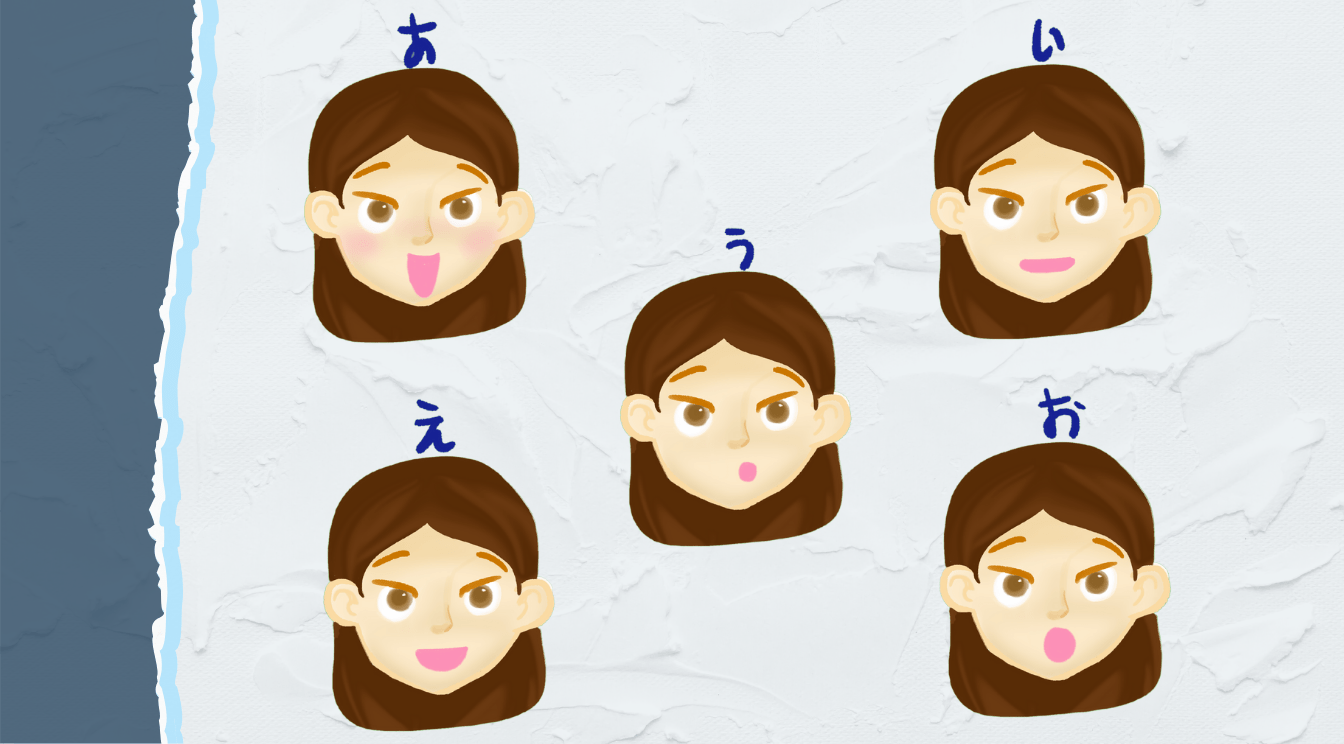 For Japanese vowels, the placement of your tongue is essentially what changes the sound of each vowel. The tongue’s height and dimensions specifically are what alter the sound. Dimension refers to where within your mouth your tongue is located.

Pronounce each vowel and take note of your tongue’s position within your mouth. Once you feel that you have the sound mastered… well, that’s it! Since Japanese vowel pronunciation really never changes, you’re ready to rock once you get them down pat!

That makes things a whole lot easier if you ask us. Perhaps that’s one reason why Japan’s language is seen to be a more monotone language compared to other languages. When speaking, try to remember not to manipulate the sounds in any way.

Oh, and if your native language is Spanish or you have studied Spanish, Japanese vowel pronunciation is very similar to Spanish vowels. If you forget how to proceed, use that tip to keep you on track! Try to compare it with your native language also and see if there’s any difference.

Last but not least, here are all the Japanese vocabulary mentioned in this article, along with their English definitions! Do your best to incorporate any new or unmastered words into your daily use of Japanese whenever possible!

Here’s a challenge for you: try to memorize at least five of these words before you move on to the next lesson. You can do it!

Once you’re ready, how about learning the Japanese nouns next?